BEYOND VISIBLE: POWER, CATHOLICISM AND TRADE IN CONGO AND ANGOLA (16TH AND 17TH CENTURIES) 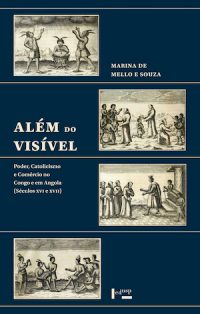 BEYOND VISIBLE: POWER, CATHOLICISM AND TRADE IN CONGO AND ANGOLA (16TH AND 17TH CENTURIES)

In this book, Marina de Mello e Souza register the maritime expansion promoted during the sixteenth and seventeenth centuries by the Portuguese and their contact with the civilizations in Central Africa, aiming to understand how trade and religion guided those relations. The analysis is based on three axis – power, Catholicism and trade – in order to unveil the dynamics of people from Central Africa, Angola and Congo, when they received the Catholic religion and the Western white world culture through their reinterpretation and incorporation by their own prevailing religious and cultural systems. The aspects regarding the contact between those different cultural systems are key to understand the processes that took place, such as the introduction of Catholicism in Congo and the episodes involving Njinga, the prominent Ambundo-Jaga chief in the history of Angola.