BREASTFEEDING AND POLICIES FOR CHILDREN IN BRAZIL: THE PRACTICE OF FERNANDES FIGUEIRA (1902–1928) 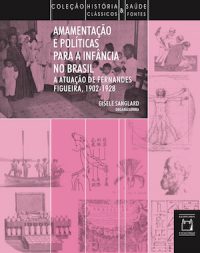 BREASTFEEDING AND POLICIES FOR CHILDREN IN BRAZIL: THE PRACTICE OF FERNANDES FIGUEIRA (1902–1928)

This book, in addition to the reflections on important topics for pediatricians in the early twentieth century—notably the ideas of Fernandes Figueira, considered one of the main names of Brazilian pediatrics—brings to light two works published by him in the first decade of that century, the open letter Scientific bases of the child’s diet: its social consequences, brought to the public in 1905, and the Book of Mothers: practical consultations on child hygiene, whose first edition dates from 1910. It is expected that the republishing of these primary works, in articulation with current studies, can broaden the horizons of the child care debate.