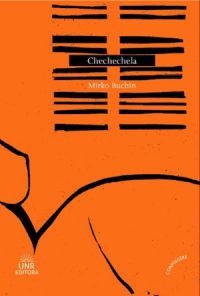 A famous neighbor of the city was able to say that walking along the pedestrian street Córdoba, when you see a woman pass by, you lose… you lose the one that comes after you. And if the one that comes behind, are all the women who inhabit the city, and have proper ways of the neighborhood, which can be from the south as Arroyito, and a voice and a cadence of a music that we can not recognize because it is so ours, and if that woman, that girl, has big dreams and concrete goals for her life, that girl is Chechechela. This novel was taken to the cinema in 1986 with direction of Bebe Kamin and protagonist of the actress Ana Maria Picchio accompanied by Víctor Laplace, Tina Serrano, Ana Maria Giunda, Juan Manuel Tenuta, the rosarina Maria Fiorentino and great cast.

The author has been receipient of the following:
National Institute of Drama Award for Lifetime Achievement, 2004.
City of Rosario Distinguished Citizen, 2008.