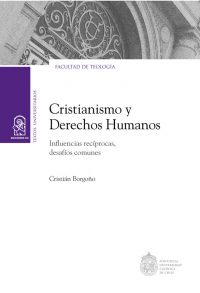 The defense and promotion of human rights are an essential part of the Church's mission. Historically speaking, we can say that this conviction has not been something simple and without problems, but it is the common position not only of Catholics, but also of other Christian denominations. This work presents the historical journey of human rights from the origins of Christianity to our days and highlights the enormous influence of Christianity in forging this fundamental concept of contemporary society. The author makes a conceptual elaboration of human rights in its different historical phases and culminates in the 21st century, showing the role of religions, in particular the Catholic Church, in its adequate defense and promotion. The book brings together the latest research on many of the key issues that have occurred throughout the history of human rights with the Christian origin of the right to religious freedom, the role of the Church in protecting the rights of Indians during the Spanish rule of America, the reception of human rights by the Catholic Church in the 18th and 19th centuries and, more recently, the role of the Church in the promotion and protection of fundamental human rights.