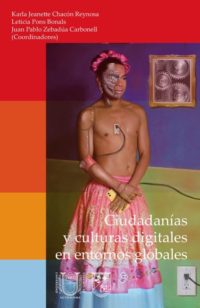 The new citizenships represent the ability to look at “other” societies, based on the criticism of the subject produced in modernity and doubting the uniqueness with which the legal and social models of the citizen were explained.
Digital cultures are imposed, as technological platforms promoted from new languages of inclusion; and as spaces of interrelation subjecting the new subject in his discursive production when he comes into contact with societies, now of knowledge. Digital cultures represent new spatialities and geographies of virtuality.
This book faces the challenge of visualizing the different ways of facing the citizen act and digital culture. Its content is a reflection of the links and discussions between two academic bodies, the Autonomous University of Chiapas and Querétaro, in which it highlights the resignification of the concept of citizenship and also that of digital culture. The authors, either collaboratively, or individually, and from their academic spaces and lines of research, present their findings on one of these two issues or both at the same time.