Colombia versus the Pacific Scenarios. Which Pacific are we talking about? 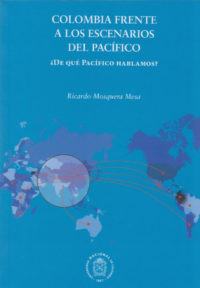 Colombia versus the Pacific Scenarios. Which Pacific are we talking about?

Emmanuel Macron, elected President of France in May 2017, “[…] recognized the crisis in the Western world, noting that the new international order is shaken by a ‘great disorder under the skies of globalization’, which has implications for the geopolitics of the world and the strategy to be followed, given the emergence of the new economic and political powers, referring expressly to China, Russia and India.
Ricardo Mosquera’s illuminating work presents in detail and with great intellectual skill what is behind this “great disorder” in geopolitics pointed out by Macron. As an economist with vast international knowledge, Mosquera identifies the hidden and dynamic structure of the new international economic and political order that is currently taking shape. The trade and diplomatic war between the United States and China, Russia’s growing strategic influence in the Middle East and Latin America, the traumatic exit of Great Britain from the European economic project, the environmental crisis, the protests and mobilisations in Catalonia, Ecuador; Peru, Argentina and Chile are, as Ricardo Mosquera opportunely shows, complex reactions of a new international geopolitical re-arrangement.