Communication and technological revolution. Contributions to human understanding in the digital age 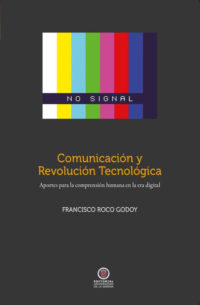 Communication and technological revolution. Contributions to human understanding in the digital age

Contemporary conceptions of communication have emphasized that communication is much more than the process of transmitting information, as it was traditionally defined. To inform is to train, model, produce. The news dimension is only the visible part of the communicative iceberg which, taken as a whole, is very broad, varied, heterogeneous and changing. Hence, the classic distinctions around the human being understood as a rational animal have been replaced by those of a communicative or language animal. Communication, understood in this way, becomes part of the list of agents that produce history such as power, the class struggle, Providence (…). This book reflects on the scope that a phenomenon of such magnitude produces in human beings, since they are not currently limited to the public sphere; they have been enthroned in all dimensions of life. Striving to understand the media is an attempt to understand the human of the 21st century.