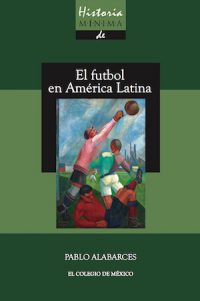 What are we talking about when we talk about Latin American football?, could it just be a geographical coincidence?. Latin American football does not exist as a single story, as something that has developed homogenously, as a collective way of being played or watched; nor does it have a common beginning let alone destiny. To tell a story of football it requires us to construct a history of complex forces, divergences and confrontations that invented it. The author tells the first story of football from the entire subcontinent, from Mexico to Argentina, charting the game’s mythical origins from over a century ago until the latest World Cup qualification; mistakes, surprises and explosions, as well as its glitter and darker sides. This book reveals what has made football one of the most impressive yet contradictory sports in Latin American celebratory culture.