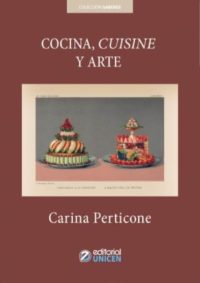 Since 1880, chefs and gourmets have sought “haute cuisine” to be officially categorized (by artistic institutions but also by the States) as an artistic discipline. However, the official, general and sustained legitimation over time did not take place, even with the participation of a famous chef in the Kassel documentary. A few (few) scholars who find this unfair made it known in some publications. From the encounter with these texts, a master’s thesis emerged – the basis of this book – in which the speeches of these authors were analyzed, the way of constructing their arguments, their strategies to sustain them and the ways in which the cultures in which the conditioned. But the realization of this thesis involved much more: in order to fully understand the phenomenon studied, a historical investigation was necessary on food cultures, culinary practices, the relationships between cooking and writing and the different attempts at artification of the kitchen. We invite readers to follow this same path of culinary knowledge, feasts, philosophical quarrels and artistic disquisitions, which continue to this day.