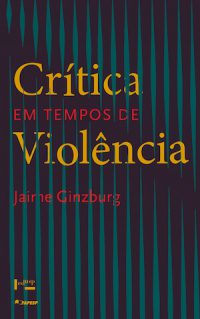 This second edition of Critique in Violent Times was reviewed by the author based on new readings on the theme. Jaime Ginzburg intends to contribute to the narrative of Brazilian literature history from the perspective of violence, analyzing the relations between literature, authoritarianism and violence. The book considers the hypothesis that Brazilian society was built upon processes that included episodes of genocide, massacres, slaughters, and repressive policies. Through a theoretical perspective, Ginzburg proposes the articulation of authoritarianism, violence and melancholy categories as references to systematize studies. The essays aim to contribute with reflections about how forms, themes, methods of production, circulation, and reception of literary works are related to the intense presence of violence in our history.

Jabuti Prize, 2013, in the "Theory and Literary Criticism" category, for its first edition.