Cumbia as the sound matrix of Latin America. Identity and continental culture 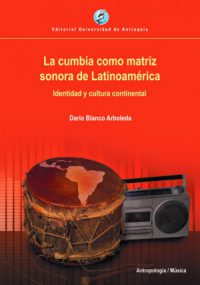 Cumbia as the sound matrix of Latin America. Identity and continental culture

Why does cumbia move along the continent, with mestizo national versions in several countries? Why is it played and danced throughout America and its audiences are structurally the same? Why are the performances similar and in a transcontinental environment? How does music with such local logics, initially stigmatized in its own country of origin, become the main sound, in the "soundtrack" of Latin American popular groups during the last half century? How was the musical phenomenon maintained if it has lacked media support and dissemination for long periods, and even at sometimes it was openly blocked? Why does a musical phenomenon exposed to commercial logic, under the wear and tear of the years and the evolution in the cohorts of audiences, far from retracting, stay updated and even expand?
Cumbia and its history help us understand the internal migration of provincials to cities and how social and ethnic conflicts are settled within them. They also allow us to reflect on the tensions to which Latin American popular music is subjected between the imaginary and its materializations, in continuous dispute between the traditional-hybrid and the cult-popular.
Cumbia as the sound matrix of Latin America. Identity and continental culture proposes the study of this musical genre as an opportunity to understand the dynamics and logic of a Latin American communication, between popular social classes, urban but of peasant origin, in the production, reception, experience and musical adaptation.