DAVID LYNCH AND THE BECOMING–CINEMA OF PHILOSOPHY. A DELEUZIAN READING 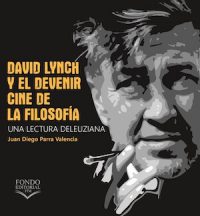 DAVID LYNCH AND THE BECOMING–CINEMA OF PHILOSOPHY. A DELEUZIAN READING

This book seeks the implications of the Deleuzian analysis in the work of film director David Lynch, taking him as a privileged case in the evolution of contemporary cinema, where concepts of the French philosopher Gilles Deleuze around the image and thought are revealed. Therefore, we find a becoming cinematic of philosophy and a becoming philosophical of cinema in the works of these two authors. The study includes the last creative period of Lynch’s to the present, emphasizing the meaning of images in Lost Highway, Mulholland Dr. and Inland Empire, where we can see the expressive capacities of the american director that helped him create variables of the image, an unprecedented cinematic experiment that allows us to move from the psycho-cinematography to the neuro-film.

The author is a recipient of the 2014 National Prize for Journalism "Simón Bolívar" 2014.