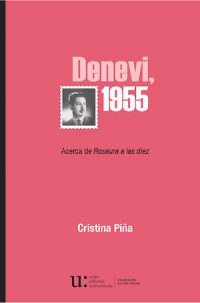 The figure of Marco Denevi (1920-1998) in the scene of Argentinian literature had a lot of magic. Until the publication in 1955 of his most famous novel, Rosaura at Ten O’clock, Denevi was an unpublished author who claimed have not written a single line of fiction before this book. Winning the Kraft Award, together with the acclaim of the public and critics, made an unknown clerk become one of the most widely read writers in Argentina, sought by filmmakers and TV producers to adapt his works. However, Cristina Piña shows in these pages that Denevi was far from a beginner when he decided to try his luck in literature.