Dimensions of the migration in Colombia 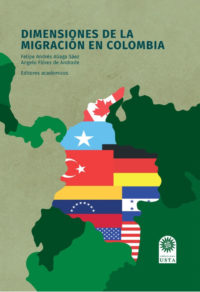 Dimensions of the migration in Colombia

Colombia, as almost all countries in the Americas, is a country with a long history of migration. Understanding its population movements teaches us a little about its character, its joys and its pains. Analyzing and reviewing migrations, namely, how people move and why, will give us more arguments to think about how the identity of a territory is, how and why changes in its population occur. To think about Colombia and its migrations is to think about its own idiosyncrasy; looking for the paths that lead to look towards where diversity and intercultural relations pushed by migrations allow dialogue and cohesion of the territory, where differences turn to unity and the country advances and generates creativity, since people carry with them ideas that travel along with their suitcases, finding connections and new ways to see the world, the country and its citizens.