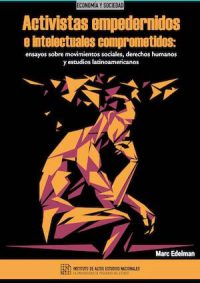 The six essays in this book address various dimensions of social movements from the classical theories of collective action and the’moments of madness’ (Zolberg, 1972) that distinguish the heyday of protest cycles to the formation of transnational networks that seek to influence international governance institutions. They also examine the unsolved tensions in the academic world between global and globalizing approaches on one hand, and ‘area studies’ on the other; between the difficult realities of the so-called ‘pink tide’ countries in Latin America and the utopian dreams and future visions of thinkers and politicians who have fostered, guided and analysed it.