EPISTEME OF VICTIMHOOD: REPOSITION THE SURVIVOR AND REPAIR THE VICTIM 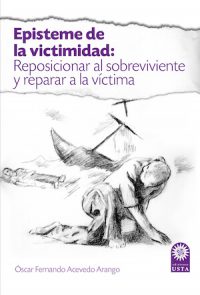 EPISTEME OF VICTIMHOOD: REPOSITION THE SURVIVOR AND REPAIR THE VICTIM

Where does treatment and intervention begin for victims?, in the accompaniment methodologies or in theories and ideas that give rise to these? Around this reflection, revolves Episteme of the victimhood as a broad analysis on the production of victimology and the discourse on the victims; in the form of a meta-victimology that interrogates the origin of the discourses and practices that intervene to the victims of the armed conflict. This conceptual wager reclassifies the logic of victimization by differentiating the subjection to harm according to the condition of the suffering victim, surviving and survivor according to their position.
Similarly, Episteme of victimhood deliberates around an ecosophy and on the consequences of the expert discourses as well as the role of the rescuers; how experts and rescuers can contribute not only to legal redress but also to the process of repositioning and psycho-legal passage from sufferer to survivor, and in the psychopolitical commitment of the survivor.