Estetópolis. The Fantasy of Purity and Stigmatizing Sociodynamics in Cities 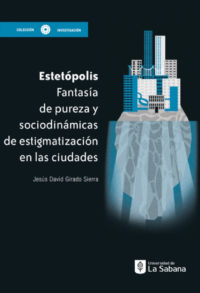 Estetópolis. The Fantasy of Purity and Stigmatizing Sociodynamics in Cities

This book provides a philosophical understanding of the city that, as a metaphor for complexity, should not be dismissed from contemporary philosophical interests; on the contrary, it deserves to be approached from various perspectives. The concept of estetópolis is proposed as a key to understanding the stigmatizing and excluding sociodynamics resulting from the fantasy of purity. This fantasy arouses emotions such as fear and disgust towards individuals seen as abnormal, leftovers, or strangers because they do not fit into the privileged urbanites’ ideal of order; thus, they must carry a stigma and endure humiliation. The emotional variables characterizing the contemporary city are also discussed from a biopolitical perspective to recognize how the promotion of immunity takes its toll on the strengthening of the community. Accordingly, the book makes an appeal for rethinking, speaking, and living friendship, charity, and, ultimately, solidarity as an operational dimension of compassion.