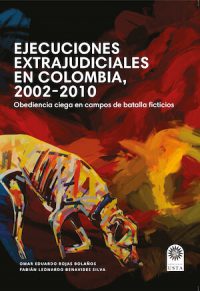 The case of 19 young people of Soacha killed and depicted as “casualties in combat” by the Colombian Military Forces was one of those cases that would be called "false positives". This is the tip of the iceberg, 4,475 young people have been reported as false positives according to the General Attorney Office; 5,763 were identified, according to the Colombia-Europe-United States Coordination; private entities and victims have gathered evidence of 10,000 young people killed under this form. This book is a study of almost one decade, which reveals how the false positives have not been the result of military errors, nor of isolated actions of individuals belonging to Military Forces, but constitute a systematic practice that implicates the commanders of brigades, battalions and tactical units.