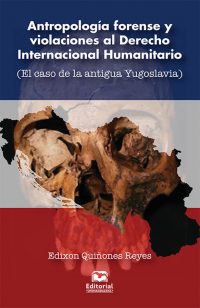 In 1989, Slobodan Milosevic, president of the Yugoslav Communist League, implemented a constitutional reform in which he deprived the republic of Montenegro and the autonomous provinces of Kosovo and Vojvodina of the vote in the confederation's Congress; in response, the republics of Slovenia and Croatia declared independence in 1991, followed by Macedonia and Bosnia-Herzegovina in 1992; in the same year, in the autonomous province of Kosovo, Kosovar Albanians proclaimed independence and formed a parallel government. Seeking to maintain territorial control by force, Milosevic launched war campaigns against Slovenia and Croatia in 1991, Bosnia-Herzegovina in 1992 and Kosovo in 1996, in which violations of International Humanitarian Law (IHL) were committed. In order to prosecute those responsible for violations of IHL in Yugoslavia, the UN established the International Criminal Tribunal for the former Yugoslavia (ICTY) in 1993. As part of the Tribunal's investigations, forensic anthropology played a key role in the collection of much of the evidence that was used to prosecute those involved. This book recounts the dissolution of the Yugoslav confederation; it gives an account of the origin and competencies of the ICTY and presents a synthesis of the forensic anthropological work carried out between 1996 and 2002, emphasizing three forensic operations in which the author participated in 2001.