FROM THE NATION-STATE TO THE PLURINATIONAL STATE 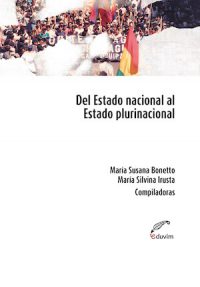 FROM THE NATION-STATE TO THE PLURINATIONAL STATE

The construction of democracy and citizenship is still a central issue in Latin America, and it has been since the beginnings of the 80s, when democratic governments started to set up in the region. After the failure and the criticism expressed by wide social groups to the neoliberal policies in the 90s, new regional political projects emerge as post-neoliberal expressions that introduce innovative proposals for the articulation between the political and the social spheres. In this context, maybe the most interesting experience is that of Bolivia, which starts at the institutional level after the victory of the Movement Towards Socialism-Political Instrument for the People’s Sovereignty (MAS-IPSP in Spanish), led by the cocalero-farmer Evo Morales Ayma. This book aims to analyze that experience from a non-Eurocentric view that invites to imagine a “We, the Latin Americans” as a worldview.