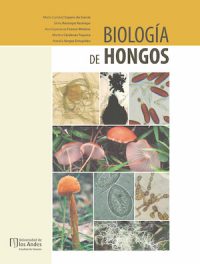 Fungi have been, are and will be protagonists in the history of the Earth and its inhabitants. It is believed, conservatively, that the different species of fungi number around a million and a half and we only superficially know less than one hundred thousand. Biology of fungi takes a tour of the taxonomy, physiology, genetics and genomics of the organisms traditionally recognized as fungi and which today are grouped into several strains. No book like this currently exists in the market to update the reader on the taxonomy of fungi.