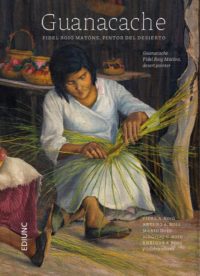 Bilingual reedition, corrected and enlarged from the first edition, published in 1999. The book includes reproductions of the work of Catalan painter Fidel Roig Matóns, on the Lagunas de Guanacache, Mendoza, Argentina. In addition, incorporates essays on his life and work. Likewise, several articles deal with artistic, cultural and anthropological aspects of both the Huarpe culture and painter’s work. In terms of the texts, complementary information has been added to improve the understanding of idiomatic phrases, place names (toponomy), and common and scientific names for plant and animal species. New references have been added that were missing in the first edition. In the chapters that refer to anthropological categories, we have respected the period when these articles were written. That is to say, we have not updated the terminology in order to preserve the original scientific ideas of the times. In terms of the images, the first edition has been followed in general but we have included new unpublished images of the works of Roig Matóns. This has been possible thanks to the invaluable work and collaboration of Fidel Alejandro Roig Juñent.