Guano and the opening of the Pacific world : a global ecological history 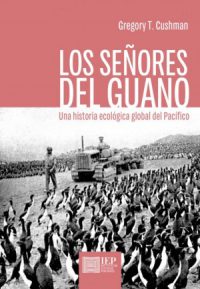 Guano and the opening of the Pacific world : a global ecological history

Guano, birds and the guano islands have played an immense role in our history since pre-Columbian times; the ancient Peruvians considered those islands, the beings that inhabited them and the excrements that covered them as sacred and worthy of being venerated. In the mid-nineteenth century, guano broke into the world as an agricultural raw material, at the height of the era of commodification. In Peru, this Guano Age is often seen as a time of lost opportunities; however, there is still much to learn from the "fallacious prosperity" that preceded the El Niño mega-phenomenon of 1877-1878. The author argues that the excrement of these seabirds provided the country with another type of portal to understand the connection of Peru’s history with the Pacific Ocean and with the peoples and nations of the "World of the Pacific" during the modern era. Thus, Cushman explains that the book is based on interconnections of the fields of environmental and world history, so readers will find topics that include not only the analysis of nations such as Peru or Chile related to the exploitation of fertilizer and its commercialization, but of the large industrialized countries and their relationship with the environment. Without a doubt, a monumental investigation that covers a great emptiness in the specialized literature.