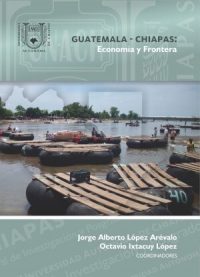 In today’s world, in Latin America, it is said that the markets are liberated, that there is economic integration, transformation (or weakening) of national states, and the emergence of economic blocks that go beyond the limits of nations, where borders, far from disappearing, acquire new functions and meanings. Ee believe that it is pertinent to analyze the reality of the Mexican Southern Border, specifically Chiapas and Guatemala, as well as the challenges facing its development, until now it has been a "peripheral" border that has had a strategic importance from the geopolitical point of view; the Southern Border not only marks the division between Mexico, a country considered "emerging" by international organizations, and Guatemala and Belize, considered "developing" countries, but also constitutes the limit of the second largest free-trade space in the world: NAFTA.