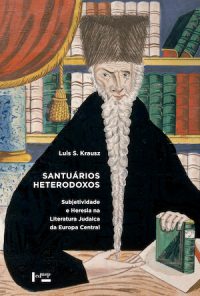 Luis Krausz analyzes ten works of Jewish literature, produced in Central Europe between the 17th and the 20th centuries, in which different representations of heresy are found in the widest sense of the word: as any dissent from Jewish religious and community traditions. The author considers the hypothesis that the roots of emancipation, as well as the emergence of a secular spiritual culture among the Jews, are late developments of the religious crisis unleashed by the Sabathist heresy. Thus, the emergence of a Jewish subjectivity finds in literature its space for representing questions to which the religious tradition is then submitted to. For many of the chosen authors, and for those who no longer find in tradition the answers to their perplexities, books and literature then become heterodox shrines.