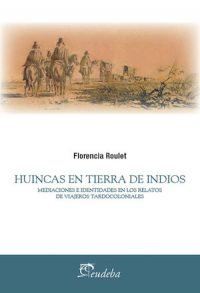 This book studies the interethnic relations between native people and the travelers of Spanish origin during the last period of the colonial order in the area known today as Argentina. Such study is undertaken from a double perspective. On one hand, Florencia Roulet gives us a historical perspective, by recapitulating the relations between the Spaniards and the natives from the Pampa and northern Patagonia between the 16th and 18th centuries. On the other hand, through the analysis of documental archives, she explains the way native peoples were perceived and how much it was known about them. The second part of the book offers a detailed analysis of the exploration travels made by Don Santiago Cerro y Zamudio, José Barros, Pedro Andrés García y Luis de la Cruz, among others. This book is an innovative contribution to the field of Ethnohistory from a non-Eurocentric perspective.