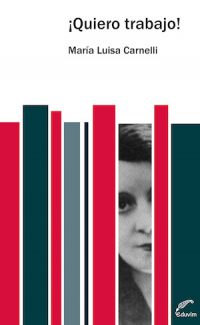 Originally published in 1933 by the renowned publisher Tor, this novel condenses and foresees a great deal of the issues that represent the cruelty of capitalism: power abuse, humiliation and injustice. Far from sentimentalism, this work includes a series of “deviations” of mere denunciatory speech, placing it closer to be best tradition of realism in the Argentine literature. As Tania Diz states in the prologue, Carnelli wants to give testimony, and at the same time she also introduces really interesting variants: on one hand, the narrative voice, which slowly turns into a collective voice, the one of everyone who suffer the same evils. As if she were trying to make up a social voice—a polyphonic one. On the other hand, the fact that the main character is a woman, takes a strong stand on those situations or feelings, given that the gender perspective gets more attention than the social condition. The main value of this novel lies in this mixture of the female condition and social crisis.