Ideology of the conquest of America. From axolotl to platypus 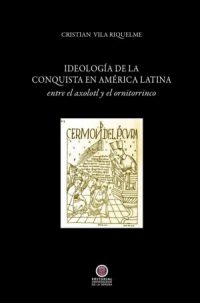 Ideology of the conquest of America. From axolotl to platypus

“A subcutaneous thread unites the Platonic, Judeo-Christian, Hegelian logos, and the ideologies that cross the conquest of America, the colonization and modernization of Latin America. A thread that has its center in Europe and from which everything outside is woven with the same needle. The difference is seen from the identity, and for this there are the ideological devices, the order of language, weapons and money. This affiliation finds in the book of Cristián Vila a clarity that escapes the usual eye. Although its explicit object is the ideology of the conquest, the author makes use of the Nietzschean genealogy to unravel the fundamental marks of the encounter between two worlds and two languages. And from there he states his hypothesis: what is found on the continent is the misunderstanding.” He points out in the prologue Martín Hopenhayn.