INDIGENOUS SOCIETIES OF THE UPPER AMAZON 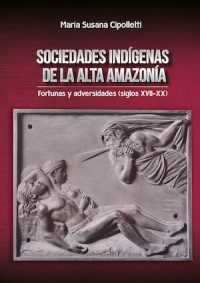 INDIGENOUS SOCIETIES OF THE UPPER AMAZON

These texts deal with innovation phenomenon but also with different ethnies in the Upper Amazon, laying a special stress upon the societies speaking western tucano in the region of Napo river and its tributaries (ancient Province of Mayna), situated in actual territories of Peru and Ecuador. Far from appearing in the late period of rubber explotation, as supposed previously, some changes and influencies took place in Indian societies of the Amazon shortly after the Conquest. Some documents existing in several archives, written by Jesuits in the 8th century and due to some aspects of the oral tradition corroborate them. It is emphasized on the always complex relationships within and among the ethnies, but also upon phenomens such as the existence of Indian slaves and the so-called “Indian friends”.