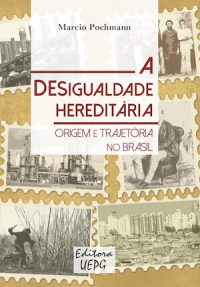 This book seeks to address the theme of inequality in a different way from the traditional approaches that understand it, in general, as separated from the totality of the social, political and economic issue. For this reason, it is an attempt to value the meaning inherent in its legitimation relations and the conditions that at the same time have concealed and reproduced it throughout time in Brazil. After being constituted by the colonization, inequality ended up becoming one of the main marks of the Brazilian society. The individual competition dynamics and the rationale behind the functioning of markets relied on the presence of a patrimonial State to protect, strengthen and privilege the national champions, either rich families or companies that were considered priority.