Innovation and capabilities of the pharmaceutical industry: A perspective from Colombia 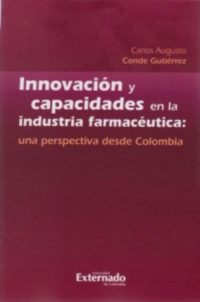 Innovation and capabilities of the pharmaceutical industry: A perspective from Colombia

It has been considered that one of the subjects of most difficult treatment and analysis in the field of intellectual property is the relationship with the pharmaceutical sector, with the result that various specialists suggest that the protection of pharmaceutical products should have a different treatment (Sui generis), and not be explained under the light of the traditional rules of protection within the patent’s regime. The theoretical, political and economic implications of having given a status of exclusive object of rights to pharmaceutical inventions by extending the field of protection to this important sector is evident, which moves millions of dollars in the global markets (it is said that it is the fifth after oil, technology, automotive industry and the sale of weapons) and has great incidence in the national GDP of industrialized nations that have made of innovation not a mere rhetoric recourse, but a true public policy associated with economic growth of their countries and wellbeing for their citizens. The discussion has been prolific and passionate, to the point that it has divided the world and also echoed in developed countries, where bitter discussions are held about whether inventions from the pharmaceutical multinationals should be ceded to have access to the markets of wealthy countries in the context of a voracious asymmetric and competitive international commercial environment.