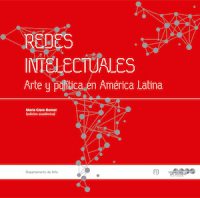 Intellectual Networks is part of the project Intellectual Networks: Art and Politics in Latin America. Its main goal is to study discussions about the relationship between art and politics in Latin American cities from 1920 to 1980. The analysis of this period offers insight into networks that emerged from the exchange between artists and intellectuals during unique historical conditions and through diverse platforms. The main thematic areas in Intellectual Networks are the continental nodes and networks constructed by cultural magazines during the first half of the 20th century, poetic-ideological networks that caused a polarization between American intellectuals and artists during the Cold War and lastly, macro- and micro-political networks established by the most ideologically compromised artists, critics, and curators during the seventies.