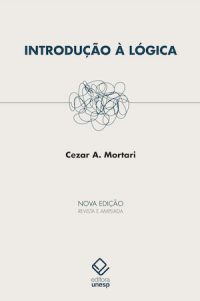 In Introduction to Logic [Introdução à Lógica], a fundamental work for Philosophy and Mathematics students, the author addresses logic and its transformations throughout the 20th century. The transition from a science encompassing only a valid argumentation, to a discipline of mathematical character, involving topics such as the theory of recursion and algebra, along with knowledge of the philosophy of science, robotics, production engineering and informatics. In this second edition, besides containing an appendix with notions on the theory of the syllogism, the propositional logic is presented independently, ahead of the predicate calculus. The publication also includes application exercises and the discussion of topics such as the semantic value of expressions, syntax of predicate calculus, tautologies, classical propositional calculus, sets, non-classic logics and the relation between logic and arguments.