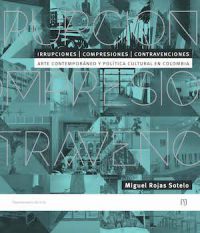 This book examines the insistence of Colombian middle-class intellectuals to reexamine foundational nation events, including scientific, geographical and ethnographic expeditions of the mid-19th century. This tendency responds to a nostalgic desire to claim an uncompleted process to construct modernity. It is an example of social schizophrenia but at the same time of social sensitivity that seeks to understand nation’s present. A comparative examination of the work of artists María Elvira Escallón (b. 1954) and Libia Posada (b. 1961) is used to illustrate aspects of public life and its interactions with the domestic scene in Colombia. Subsequently, the text focuses on the cultural violence that has marginalized, exoticized and racialized certain population groups that are nation constitutive. Finally, Juan Obando’s work (b. 1980) illustrates an interstitial space that gives rise to a critical/anarchic possibility. The book discusses the way in which an image has been constructed of a docile nation based on a popular culture that has been domesticated by the forces of global market (associated in this case with narcoculture).