ISIS AND THE LABYRINTH OF THE MIDDLE EAST. 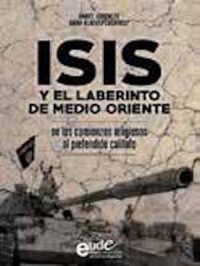 ISIS AND THE LABYRINTH OF THE MIDDLE EAST.

The labyrinth of the Middle East attempts to go through the intricate religious-political-social path from the first writings of the Prophet Mohammed to the interests of regional powers news and its insertion in the rest of the world. The chapters describe the main organizations that mark the evolution of actions, from the Muslim Brotherhood, through Hamas and Hezbollah, to Al-Qaeda and ISIS. They also have appear the hegemonic powers that collaborate in trying to set the pace of actions, such as EE. UU., Turkey, Russia, Europe, the silent China and the inscrutable Iran.