Italian Fascism. Mussolini and his Time 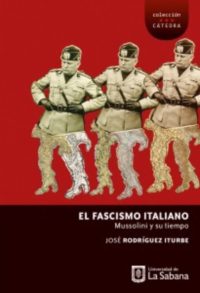 Italian Fascism. Mussolini and his Time

Fascism began as the endeavor of a socialist dissident and ended as a mass political reality. While the Bolshevik Revolution looks like the work of an organized minority seizing power with military support and Machiavellian tactics, the Fascist Revolution derives from the political rise not only of a caudillo but of the Italian middle class. The ideological rationale behind the rejection of democratic plurality found the same simplistic radicalism in Fascism as in Bolshevism and Nazism. The repressive brutality of Fascism makes Mussolini a smaller-scale totalitarian leader, less vicious than Stalin and Hitler. In a hypothetical ranking of the genocidal brazenness that distinguishes these totalitarian leaders, the Duce is inferior to the German Führer or the Soviet Vojdz.