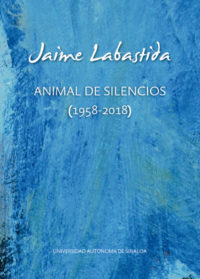 With sixty years of poetic trajectory, Jaime Labastida’s voice is presented today as an inescapable singularity to understand the cultural and intellectual life of Mexico in the 20th century and that of the transition to the new millennium. His poetry has been distinguished, to a large extent, by the establishment of a permanent dialogue with the interests and gaze of the thinker. Although one aspect of this arises from the overflow of love and the cornered conscience of those who inhabit the city, there is another that is the result of the sensitive exercise of intelligence and that joins heir to a tradition that goes back to Sor Juana, Jose Gorostiza and Paul Valéry, and even another – it might be said – molded in the furnaces of a meditative indignation at the brutal contradictions of history and the absurdities of the reality of our time.