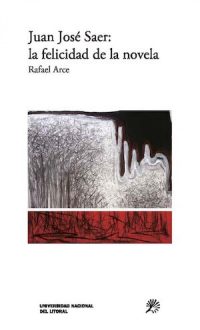 What do the two points that hide the title suggest? Not only the implicit equivalence in the changeable terms, but also a willingness to read. The work of Juan José Saer is rescued from the critical perplexity and arduous interpretation, to enrich it with essayistic reflection. Rafael Arce seeks a new intellectual preaching for this literature that barely moves between academic rigidity and predictability. The notion of happiness does not only include the achieved narrative and enduring fiction, but also the essay as a hospital space for conceptual illumination. Precisely, the happiness proposed by Arce in these book are intended to activate other premises and views Saer’s literature, that transcend and update the levels of hierarchies with which academic criticism breaks the author’s corpus. The more he writes about Saer, the more withdrawn or mute his literature seems to be. Not so much to solve unknowns, Arce attempts to offer strategies to stalk them.

3rd place at the National Endowment for the Arts Essay Award, 2012.