Kidnapping. A return to primitive times 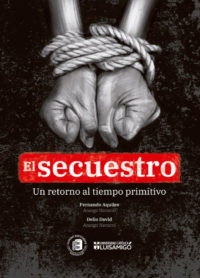 Kidnapping. A return to primitive times

This work provides evidence of the tragic experience lived by hundreds of Colombians and foreigners who had the misfortune of being kidnapped by the former Revolutionary Armed Forces of Colombia (Farc) in the late twentieth century and early twenty-first century. This practice was part of the illegal armed group’s pressure strategy aiming at an exchange for jailed guerrillas. The work provides an analysis of the phenomenon from the victims’ perspectives addressed in twelve books written by fourteen citizens: eight Colombian politicians, three American contractors, two members of the Colombian Army and a member of the National Police. All of them delve into their personal experience to give an account of the horror of a life forced to be lived in captivity. This work invites readers to reflect on the various forms of violence in Colombia, such as political kidnapping, which inflict indelible wounds on its victims.