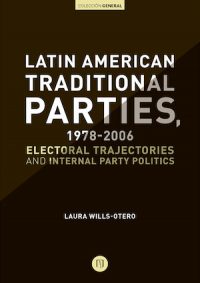 Latin American Traditional Parties, 1978-2006 focuses on the electoral weakening of Latin America’s traditional parties. These parties suffered electoral declines because, among other reasons, they accumulated a history of poor economic performance and unresolved representational shortcomings. Parties that had been key actors in the establishment and consolidation of new democratic regimes failed to adequately perform in the economic and political realms during the first years after transitions from dictatorships. Although debilitated, many traditional parties in Latin American democracies remain today as central actors that shape political processes. Others in fact have disappeared. The question that guides the book is the following: are some parties better suited to respond to economic, political and social challenges? The answer is affirmative. It states that the internal structure of parties matters.