LATINAMERICAN DEVELOPMENTS AND THEIR CONTROVERSIES 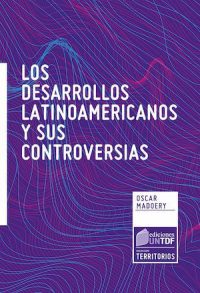 LATINAMERICAN DEVELOPMENTS AND THEIR CONTROVERSIES

It questions what Neoliberalism held as the universal principle of development: an ideal of progress taken out of context, and the illusion of a civilization without territories. At the same time, it proposes a central idea: development is a controversial political idea which contains and connects the complex dimensions of what is real on different levels (structural, institutional, cultural and environmental); and it does so in a political manner that is open to the correlations of the interaction on social forces, to contextual determiners and to territorial projects in tension. These projects may remain unrealized, as unaccomplished social files, but under certain circumstances they may surface and give rise to situations that defy social perceptions, as well as capacity for action of peoples, its social groups and ordinary people.