LETTERS FROM ALICE DOMON. A DISAPPEARED FROM THE ARGENTINE DICTATORSHIP 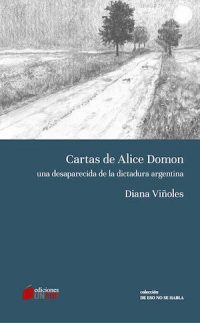 LETTERS FROM ALICE DOMON. A DISAPPEARED FROM THE ARGENTINE DICTATORSHIP

The letters of the French Catholic nun, Alice Domon from her arrival to Argentina until her forced disappearance in the hands of the civic military dictatorship in 1977 describe in a colloquial language, for the intimacy with the interlocutors, her trip to different parts of the country who visited and where she worked tirelessly for the poor and homeless. The described territories, shape their identity because in them they shared their historical process and developed attitudes of attachment and belonging.