LIGHT AND SOME OF ITS TECHNOLOGIES: A PHYSICS' STUDY 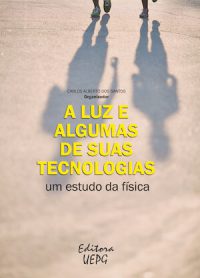 LIGHT AND SOME OF ITS TECHNOLOGIES: A PHYSICS' STUDY

In practically every bit of knowledge we have nowadays about light and its technologies, Albert Einstein fingerprints are found. And almost everything about it originated from the extraordinary works he published in 1905, his miraculous year. In the same year, he published his theory of relativity and launched the photon hypothesis, a particle associated to light. It was such a revolutionary idea that the scientific community needed two decades to get convinced of its reality. Even before this, the Sweden Sciences Academy granted him the Physics Nobel Prize in 1921, for the explanation of the photoelectrical effect. The educational characteristic of this book, makes it a must read for students in different areas of sciences and technology. At the end, the book presents a chapter on unexpected effects with the sunlight, a very interesting material to discuss in high school classrooms.