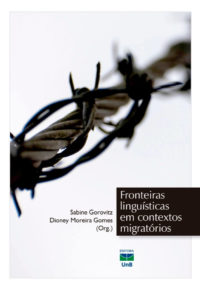 Borders have never prevented the movement of men and women around the world. Invaders, settlers, migrants, refugees, displaced people, travelers are constantly crossing these borders in all directions, mixing languages and customs in contact with local populations. The authors of this book explore, each in their own way, the contexts in which relations between languages and borders were forged at the political and ideological levels, with a strong emphasis on observing linguistic practices and analyzing dialogues and interactions between speakers of different languages. The articulation of the different approaches makes it possible, at least in part, to explain the complexity of the observed phenomena. Like a manifesto in favor of recognizing multilingualism, the book pays homage to the bilingual practices and creative resources that each speaker implements, stating where they are, where they are speaking from, to create a bond with others.