Lives in suspense. Frameworks to think about current violence 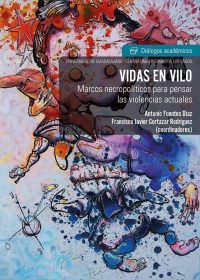 Lives in suspense. Frameworks to think about current violence

In this work the reader will find stimulating reflections for the study of violence from a biopolitical point of view; perspective promoted by authors such as Michel Foucault, Giorgio Agamben and Achille Mbembe, through concepts such as necropolitics, sovereignty and the state of exception. These concepts allow new readings on segments of the population traditionally judged as disposable, as well as on lives considered surplus, superfluous or in suspense, based on the study of phenomena that painfully affect Mexico and Latin America. These conceptual tools have served to understand government decisions on security policies that have promoted the militarized confrontation against groups linked to organized crime and to account for phenomena such as the massive production of death by government decision. the disappearance of human remains. But they also serve to understand the environment of diffuse violence of wide lethality produced by non-stable actors, which concerns all areas of society.