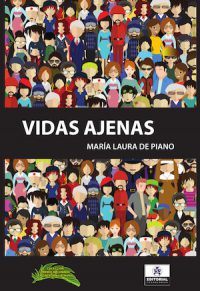 There are 15 lives reflected in these stories, all different both for the setting where they are developed, and for the time, sex, age, occupation and problems of the protagonists. From a sniper confronted with a difficult dilemma, a clerk eternally in love with her boss, an inveterate player, a woman pursued by a murderer, a romance of the last century, an Italian immigrant and even a Latin astronaut paraded, among others, in this sample of common characters and not so common that are part of the complex everyday world in which we live.