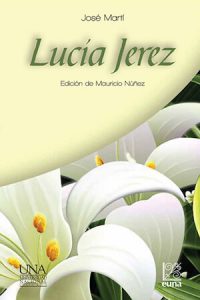 This is the only novel written by Jose Marti. In this fact resides the  paramount literary quality of this work, first published in New York in 1885.  It is possible to identify Marti’s memoirs about his staying in Central America.  Scholars claim that the novel recreates the life of Guatemala or Mexico at the end of the 19th. Century. The foreword and critical study by Dr. Nuñez accompanying Marti’s novel gives an added value to this important piece of the Latin American Literature. Dr. Mauricio Nuñez has done the critical edition of this work by Jose Marti.

"Lucía Jerez is a strong and essential reference." —EcuRed