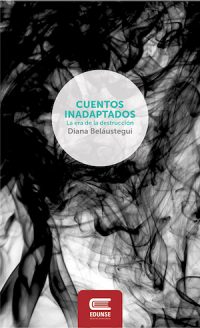 Maladjusted Stories, is a passage through the destruction era. Most of the monsters hidden in this book are part of the shy and enclosed subconscious that is trying to reveal itself against the morals of an oppressive society; that is why you will find shorts stories in which the female character fights to leave her hideout and show her real self to the world, far from imposed stereotypes. Maladjusted Stories is a dystopian adventure, a banned entrance for those psychologically unprepared since courage is needed to read and do not empathize with the murderer, and feel as a murderer or remain unperturbed with the monsters that sleep under our beds.