MEMORY AND VICTIMS IN THE MILITARY FORCES 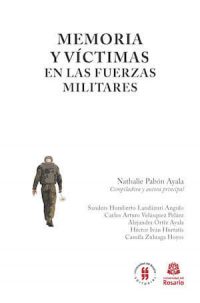 MEMORY AND VICTIMS IN THE MILITARY FORCES

The military forces have played a central role in the Colombian armed conflict. They have had the responsibility of recovering the State’ sovereignty, defending the integrity of the national territory, and guaranteeing constitutional order, not against an external enemy, but against large illegal armed groups that operate within the country. As a way to learn about the past, the recognition of members of the armed forces as victims of the internal armed conflict is an aspect that deserves to be analyzed. From a methodological perspective, the study presents a series of individual interviews, aiming to recollect facts of victimization that have most affected soldiers and their families in the context of the internal armed conflict. The objective is to understand and recognize the members of the Armed Forces as people who have been affected in their fundamental rights, and who, in that sense, deserve to be recognized as victims of violence.