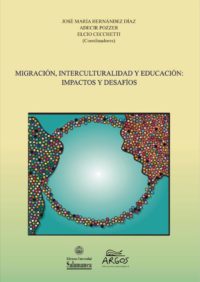 According to The United Nations Department of Economic and Social Affairs (DESA), human mobility grows unprecedented in our time, since the international migratory flow in 1960 was 100 million people, in 2000 it was 155 million and in 2010 it reached 210 million. The current situation is that, if at the end of the 19th century and the beginning of the 20th century, the European continent witnessed the exodus of its inhabitants to different regions of the world, especially to America, in recent decades Europe has experienced the reverse of this phenomenon, without count on the case of the United States and other countries that attract migrants from underdeveloped countries. The complexity of the migratory phenomenon requires studies, reflections and political will to carry out international articulations that, in solidarity and in defense of human rights, reflect and analyze the origins, consequences and actions of recognition of migrants and refugees, together. As it is known, as a universal right of all children and young people, education is committed to welcoming and contributing to human and cultural formation and, in the face of this growing phenomenon, cannot remain indifferent. For this reason, among many other studies and experiences, this work is a contribution for researchers, educators and others interested in understanding the complexity that migration represents, its impacts and challenges for education, based on readings, research and reflections from intercultural perspectives.